Homeopathy is necessarily a natural healing process, providing remedies to help the patient regain their health by stimulating the body’s inherent strengths or recovery. It focuses on treating the patient rather than the disease and based on the principle of “like cures like.” A substance that produces disease-like symptoms when taken by a healthy person may treat a sick person/animal with similar symptoms when administered in an appropriate form. 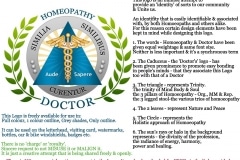 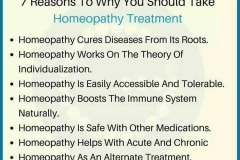 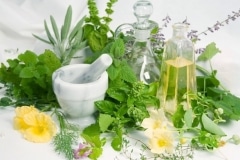 ‘The Organon’, written by Samuel Hahnemann, explains this process in detail. A drop of herbal tincture is diluted in 99 drops of alcohol. The mixture is shaken and mixed, creating 1C (power of 1 cent). From the bottle 1C, a drop is taken and placed in another bottle of 99 drops of alcohol, shaken and victorious (shaken and struck on a stationary object) and this bottle then corresponds to 2C (power of 2 cents). Serial dilution and the success of remedies make them stronger, which means that the more the treatment is diluted, the stronger the effect.

WHO CAN USE HOMEOPATHY?

Treatment is individualized, as no two people are alike, and works in conjunction with conventional medicine. Homeopathy can be used to treat babies, adults, the elderly, animals, terminally ill patients, and chronic conditions. How does Homeopathy work? Homeopathy works on three basic principles:

Homeopathy was founded by Samuel Hahnemann (1775-1843) as a viable alternative to conventional medicine. Hahnemann, a medical doctor, supplemented his income by translating medical texts for clients.

It was on such an occasion he became aware of the first principle of Homeopathy. He was translating the ‘MateriaMedica’ (a compendium of the actions of therapeutic agents) written by Professor Cullen of London University. Cullen devoted some 20 pages of the book to the therapeutic indications of Peruvian bark (later known as Quinine), attributing its success in the treatment of malaria to the fact that it was bitter.

Hahnemann, his colleagues and (possibly) his family who has been suffering for a long time, we spent six years experimenting with different drugs and carefully recording their discoveries. Hahnemann eventually cataloged more than 200 remedies drawn from vegetable, animal, and mineral (more rarely) biological materials, all of which were proved by Hahnemann and his colleagues as substances that could cure patients suffering from similar symptoms. Some of the results were quite remarkable.

This method of testing still exists today and is known as ‘proving’ from the German word ‘pruffing’ meaning testing or trailing. At the time of his death in 1843, he and other colleagues had proven some 250 remedies, along with meticulous ‘MateriaMedica’ records.

The basic principle – “that like shall cure like” – is still the same. That is a substance which can cause an artificially induced disease state in a reasonable person can be used to treat someone who suffers from the same symptoms.

Today there are some 3000 remedies available to the Homeopath.

Homeopathy is based on the principle that ‘like cures like’ – in other words, a substance taken in small amounts will cure the same symptoms it causes if it was taken in large amounts. This idea dates back to Hippocrates (460-377BC), who also thought that symptoms specific to an individual should be taken into account before making a diagnosis. This is also an important principle of homeopathy, where an individual’s unique symptoms are important in distinguishing the correct medicine.

The idea of like curing like was not to re-emerge in any significant way until a German physician; Samuel Hahnemann (1755-1843) came to devise the system of medicine that we know as homeopathy. Hahnemann trained in medicine and chemistry. Working as a doctor in the late 18th century, he was dissatisfied with the conventional medical practices of his day. Blood-letting, purging and giving patients large doses of toxic materials such as arsenic and lead were commonplace. Hahnemann disagreed with these harsh methods.

He was investigating the effects of various medicinal substances on himself and other healthy volunteers when he deduced that an illness could be treated with a minimal amount of content than in larger quantities, could cause that illness. To avoid harmful effects from regular doses of the substances, he diluted each medicine until he reached the highest dilution that would still produce a response. These experiments were proving and led him to observe and describe the basic principles of homeopathic medicine.

Dr. Singhal Homeo is one of the best multispeciality homeopathy clinics in India that focuses on eradicating the disease from the very root.